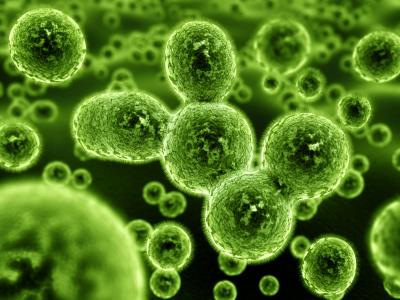 Flow Cytometry is a tool for measuring cells and particles, often the cells or particles are suspended in a fluid and have a fluorescence marker attached. As the cells (cell+marker ) stream through various laser wavelengths, they may emit a fluorescent energy signal which can be analyzed by high speed, low noise detection systems.  The target zone for detection is often a rectangular area in the 10’s of microns.  Because of the speed and size of the particles, and small detection area, flow cytometer instrumentation is particularly sensitive to laser power stability, noise, beam wander, and thermal instabilities.

Often a 1st order optical system is used to combine free space beams of several lasers into one collinear path, and project the multiple beams onto the target area.  Red (635nm up to 670nm), blue(typically 488nm), green (532nm), yellow (561nm), and violet (405nm) are the most common wavelengths. Another multi-beam technique is to combine the lasers into a single mode fiber, and then collinear beams coming out of the fiber onto the illumination target area.  SpectraTec X has the ability to combine up to 4 unique laser wavelengths into a single mode fiber, which can then be collimated and projected on the target area.

If particle size is of importance the instrumentation will often use polarized light sources for scattering measurements and calculate particle size or use electric fields to “sort” the different sized particles. In this case, a polarized free space laser system, such as the MiniLase or ChromaLase is recommended.

Explore the many ways in which Blue Sky Research is powering dozens of commercial opportunities, read about some Industry Applications below:

Drug discovery and development activities are accelerated using  confocal laser scanning microscopy to understand the biology of living cells.  The image resolution in the sample depth direction, is much better than that of wide-field microscopes. However this increased resolution is at the cost of decreased signal intensity so long exposures or higher powers are often required.  To obtain 2D or 3D images, the system often use a raster scan technique.  Fiber Coupled lasers offer excellent beam quality and stability as well good power levels for this application; in addition the offer the designer the added option of remotely locating lasers sources.  The ChromaLase II™ family offer powerful high quality gaussian beams which can then be beam combined and passed through an AOM (acoustic optic modulator).  Read More >>

As the population ages, and the demands for clean food and water increase the Life Science, Medical and Biotechnology fields have seen a rapid increase in demand for instrumentation and technology which supports human health, drug discovery, cancer research and blood screening and DNA sequencing.  Small ultra stable laser diodes, like the MiniLase, are particularly useful in these applications, the required wavelengths range from UV (370nm) in flow cytometers to NIR for blood/oxygen analysis or retinal mapping for Lasik surgery.  Read More about other Life Science laser applications >>

Laser applications in the Microelectronics industry are broad and diversified. Various laser technologies are integrated into major semiconductor processes, including laser cutting, drilling, welding/bonding, debonding, marking, patterning, marking, measurement, and deposition. Of these, laser marking is one of the most common applications for low power lasers. Typically, low power NIR and Green lasers are used in Etching or Annealing semiconductors. We would recommend that you define laser power levels, wavelengths, and and thermal stability as ket factors when choosing whether a free space laser solution (MiniLase or ChromaLase), or a remotely located Fiber Coupled laser solution is most appropriate for your performance requirements.