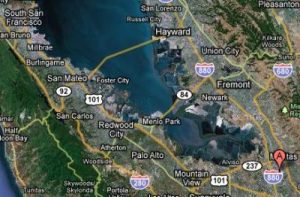 Since our founding in 1989,  we have deployed over one million laser modules and maintained a reputation for advanced and cost effective fiber coupled laser diode modules and sources. Our high quality has remained consistent, making us a trusted source for laser integrators worldwide.

We engineer and manufacture custom fiber coupled, multi-laser, and laser engine modules and systems. Our goal is to deliver uncompromising performance at the best possible value

Blue Sky Research is dedicated to development and manufacture of innovative semiconductor laser products and solutions which optimize performance at the best possible value.

We are dedicated to the development and manufacture of innovative fiber coupled and free space laser modules and laser systems. Our products and solutions optimize performance at the best possible value.  We strive to earn our customers trust and loyalty by providing cost effective, quality solutions to enhance their competitive position. By investing in our people and technologies, we improve our products & services while building a stimulating, ethical environment in which our employees can learn, grow and prosper.

Mr. Gladding is a graduate of Leeds Metropolitan University. He holds a Higher National Diploma in Electrical and Electronic Engineering, and a Diploma in Advanced Engineering Mathematics.

Bill Basu joined Blue Sky Research in 2001, bringing over 17 years of financial experience with semiconductor and telecommunications companies. Previously, Mr Basu was Vice President of Finance and Administration at Avistar Communications, a video networking company. At Avistar, Mr. Basu played a key role in guiding the company through a successful IPO in 2000.  Mr. Basu has CFO and VP of Operations experience at Intalk Inc. and held  Director of Finance and Operations at Silicon Systems.

Joe Kulakofsky joined Blue Sky Research in 2003 with 20 years of engineering experience in photonics, telecommunications and fiber optics industries. Mr. Kulakofsky is VP of Engineering, and responsible for Engineering,  laser R&D and manufacturing capabilities. Previously, Mr. Kulakofsky held senior management positions at JDS Uniphase. While at E-TEK Dynamics, he assisted in taking the company public through an IPO. Additionally, Kulakofsky has held several key marketing and technical positions with AT&T Microelectronics in the United States and Tokyo, Japan.

Kulakofsky holds a Bachelor of Science degree from Cornell University, School of Applied and Engineering Physics.

Our lasers are an integral link within our OEM customers’ systems, and the data their equipment provides. We understand the vital role our products play in the diagnosis and intervention of human illness.  Because of this, we are dedicated to holding ourselves to the highest possible standards of ethics, quality, and Customer Service.  Please contact us if you have any concerns, comments or questions.